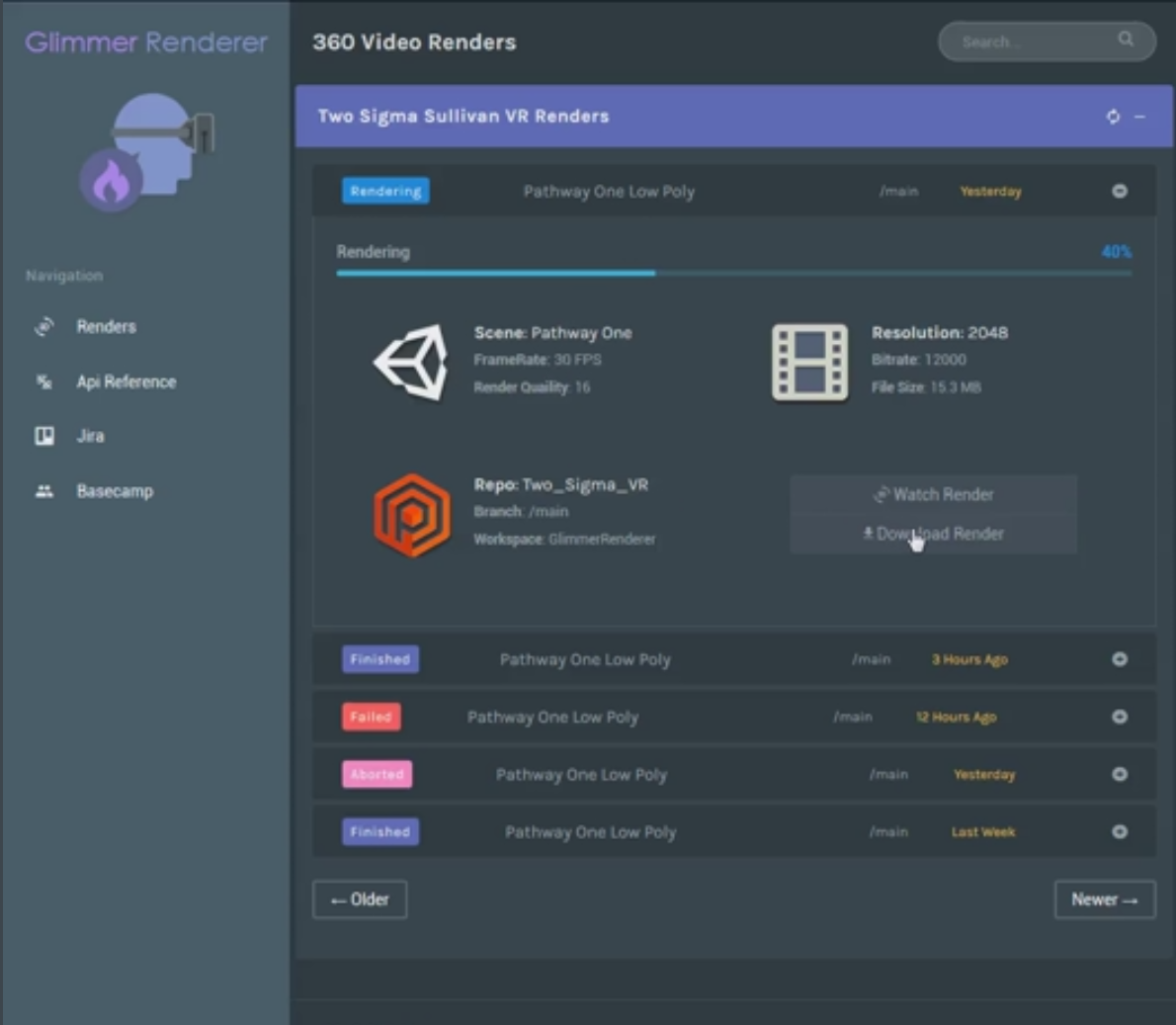 I wouldn’t call myself a web developer by any standard, but if the team needs some custom server or simple web based tool,
I can generally put that together without too much of an issue.

That is, as long as it’s just for internal use and not expected to scale to thousands of users. Here you see an example of such a tool. It was part of a complete unity to 360 video rendering pipeline I put together. Animators could check their work into version control and they would receive a slack message when their scene was finished rendering with a link to preview. The team as a whole could access the web portal and check the status of all renders. Some of the non unity bits needed to get it all to work was a custom sever written in C# with a web front end written in Angular 2.